« Here, plainly, was a guy for whom cartooning held no mysteries. He was more than a master; he was a virtuoso, a source, an innovator whose style was completely natural and original and flexible enough to embrace dashed-off vulgarity and painstaking elegance, often in the same panel. » — Jim Woodring on Jack Davis

Here we are, coming to the end of our countdown (or count-up, depending on your point of view), and who better to convey the magic of Hallowe’en than the late, great Jack Davis (1924-2016)? Don’t answer that. 😉

A 1959 collection of humorous horror songs by Alice Pearce and Hans Conried, Monster Rally (LPM/LSP-1923) sports a classic Davis painting – blending horror and humor into what amounts to a cutely-weird piece of art. Davis has mentioned that this scene is one he really enjoying doing and that he was quite pleased with. An ad for this album in issues of Famous Monsters of Filmland from back then read:

An insane and fantastically entertaining album featuring Hans Conried and Alice Pearce, singing and screaming ghoulish new songs like ‘Monster Rally’, ‘The Thing‘, ‘The Invisible Man‘, ‘Not of This Earth‘ and others. The album cover by Jack Davis is a masterpiece – suitable for framing.

[ Excerpted from Dick Voll‘s article Just for the Record: The LP Cover Art of Jack Davis (Fanfare no. 5, Summer 1983; edited and published by Bill Spicer). ]

And here are a mittful of extras, since I’m more inclined to treat than to trick on this special day. 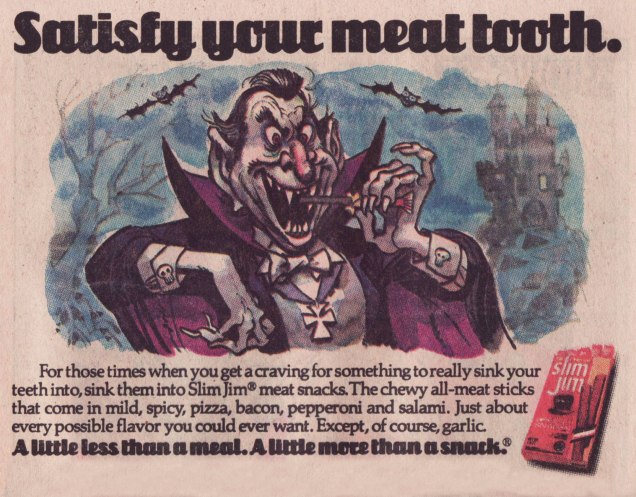 In closing, thanks for bearing with all my divagations through this second edition of WOT’s Hallowe’en Countdown, and let me wish you a most spooky Hallowe’en, one and all!