John Pound, best known for his psyche-scarring work on the Garbage Pail Kids (not a bad entry in one’s résumé, unless you’re applying for a position in accounting), dabbled in underground comix in the 1970s. This useful primer in DIY makeup, inspired by the work of such classic monster makers as Dick Smith, Verne Langdon and Alan Ormsby, has the drawbacks of being a tad time-consuming and rather irreversible, but these are mere quibbles. 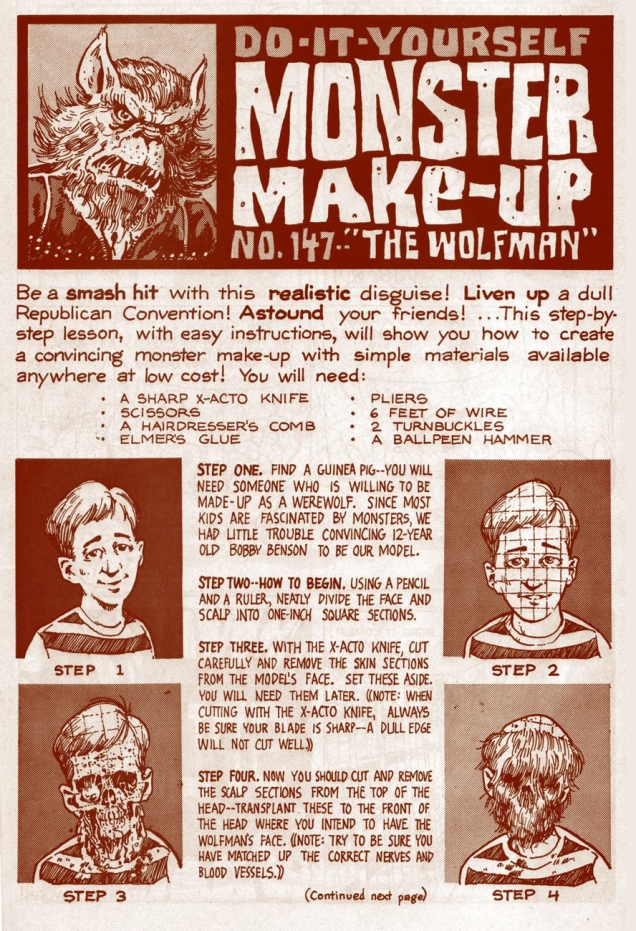 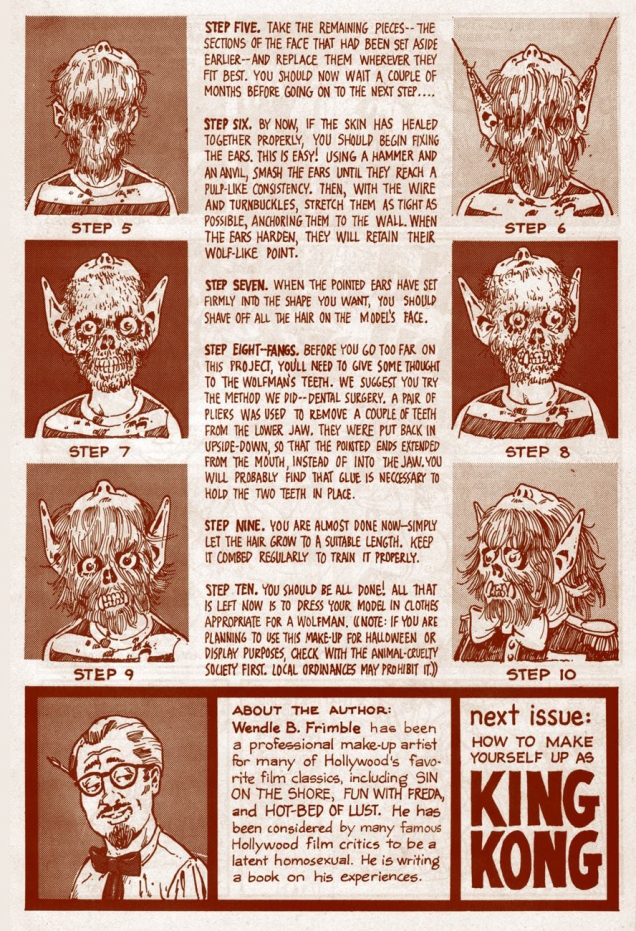 Originally published in The Gory Story Quarterly no. 2 1/2 (1972), edited by Ken Krueger, and reprinted in the much-easier-to-find-and-afford Ground Pound collection (1987, Blackthorne).

For further edification (and more genteel makeovers), this, in essence, is what was being lampooned. The Famous Monsters of Filmland Do-It-Yourself Monster Make-Up Handbook was a 1965 one-shot that’s nowadays rarer than Lady Effingham’s Eggs, presumably because all purchased copies were loved to bits. Let’s not forget to point out that this publication, like FMOF proper, was designed and hand-lettered by the incredible Harry Chester (who also designed Mad Magazine). 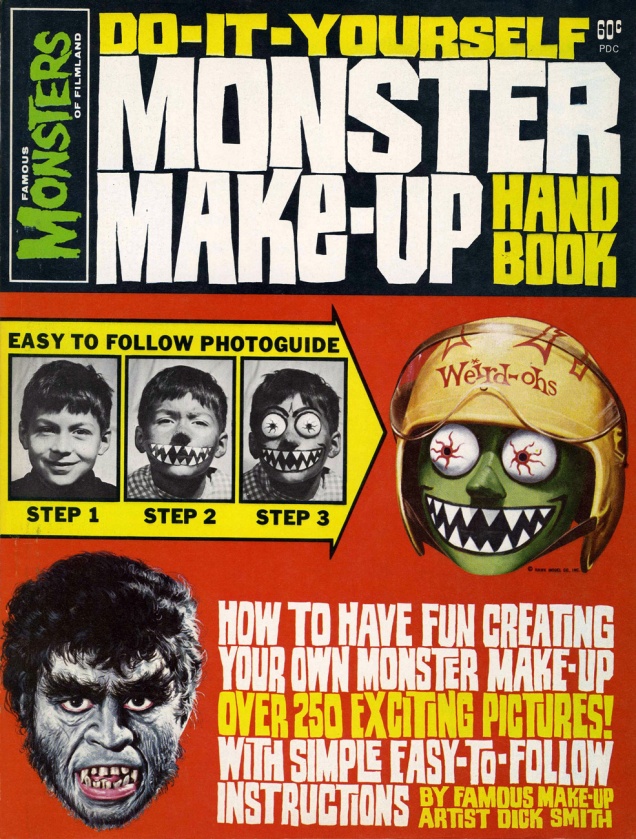