« When the blast of a rocket launch slams you against the wall and all the rust is shaken off your body, you will hear the great shout of the universe and the joyful crying of people who have been changed by what they’ve seen… »*

Greetings, dear astronauts! Today’s Tentacle Tuesday concerns itself with that “religious experience”, space travel… with tentacles in tow, of course. Some comics may announce their interplanetary theme by putting SPACE into the title of the series (and making sure it’s big and bold!), while others deploy a little subtlety and coyly refer to the unknown, or the unexpected. Either way, we’re in for a grand old time exploring space along with the brave men and women (err, mostly men) who found themselves exclaiming “ooh, tentacles!” while exploring some mysterious planet.

In chronological order, then…

Check out part 1 of this interplanetary tentacle exhibit here: Grabby Denizens of the Airless Void.

Incidentally, today I was given a nice gift at work: Buddha’s Hand, or the fingered citron, a type of citrus someone described as a “Monsanto-produced cross between calamari and a lemon”. How very appropriate for Tentacle Tuesday! Here’s a picture of my very own tentacled beauty: 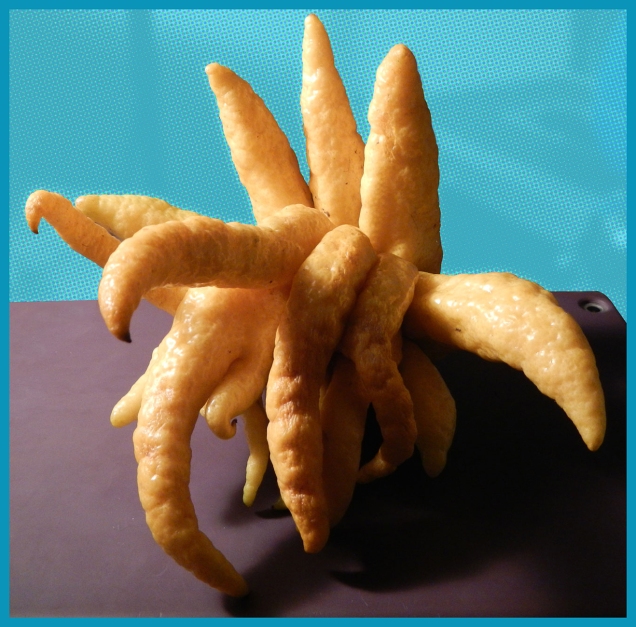 « I have never listened to anyone who criticized my taste in space travel, sideshows or gorillas. When this occurs, I pack up my dinosaurs and leave the room. »*
~ ds
*All quotes by the great Ray Bradbury

3 thoughts on “Tentacle Tuesday: Have Tentacles, Will Space-travel”