« Give men an alluring woman stronger than themselves to submit to and they’ll be proud to become her willing slaves. » (William Moulton Marston, co-creator of Wonder Woman)

We might all happily to submit to Princess Diana of Themyscira, but *she* occasionally has to submit to tentacles, although of course she always manages to fend them off. Might this be a metaphor for unnecessarily grabby male hands? I’m not here to psychoanalyze (that was Marston’s job!), just to celebrate Tentacle Tuesday. Lots of versions of Wonder Woman have grappled with tentacles… but no adventures are more entertaining than the ones depicted by the formidable Harry Peter!

Without further ado, today’s roster of tentacles – whether they’re attached to a Neptunian fish or sprout out of a mad doctor’s ectoplasm.

The following panels are from from “Three Secret Wishes!“, written by Robert Kanigher and drawn by Harry Peter. The story was published in Wonder Woman #81 (April 1956). The whole issue is fun, actually, largely thanks to the gorgeous art – read it here. 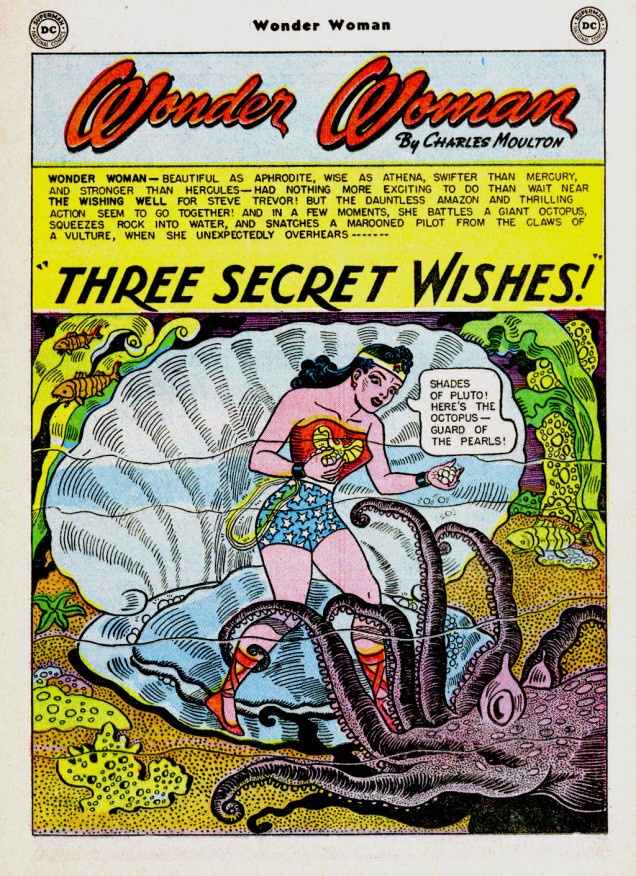 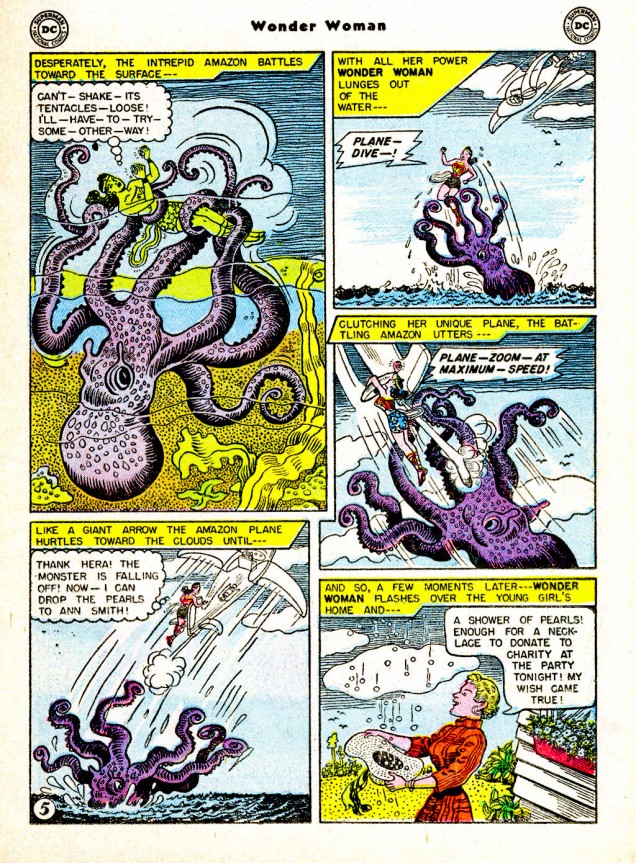 In the varied arsenal of Wonder Woman’s bondage instruments, tentacles are definitely to be reckoned with.