« That young fella must be the college kid who’s going to work for my paper! Those two prairie wolves will pick him clean… it’ll be an excellent lesson to him, I reckon! » — Max Cogswell, editor-publisher of The Boothill Gazette

Today marks what would have been the ninety-fifth birthday of suave Texan Renaissance man Aaron P. “Pat” Boyette (July 27, 1923 – January 14, 2000). The Golden-voiced Mr. Boyette was in turn actor, radio announcer, cinematic auteur and of course a far-beyond-fine painter and cartoonist. Ah, and if anything could speak more eloquently of his worth as a human being, he was best man at Gus Arriola‘s wedding.

Now, I could have focussed on any number of his remarkable projects: his 1966-67 run on The Peacemaker (« A man who loves peace so much that he is willing to fight for it! »), his tour-de-force fill-ins on DC’s Blackhawk (issues 242-43, from 1968), his lavishly-detailed work for Warren Magazines (1968-72), his brilliant, but admittedly controversial, run on The Phantom at Charlton (1970-73), his far-better-than-its-source adaptation of Hanna Barbera’s Korg 70,000 B.C., his intense The Tarantula for Atlas-Seaboard (with Michael Fleisher, 1975), his fun revival of Spencer Spook for ACE Comics in the 1980s, or any of his moody work for Charlton’s ghostly anthologies… but I won’t, at least not this time.

Instead, if you’ll bear with me, we’ll take a gander at a fine, fine backup series he co-created with Joe Gill for the pages of Charlton’s long-running Billy the Kid. Mr. Young of the Boothill Gazette (BTK 88, Dec. 1971, to BTK 110, Dec. 1974). Abel Young, bereft of sharp-shooting or pugilistic skills, is a true hero: a fool, an idealist, a stubborn cuss who acts nobly even when he’s scared spitless. His is a charming strip, full of graceful humour and humanity.

Here, then, is my selection: the series’ thirteenth episode, originally published in Billy the Kid no. 100 (March, 1973, Charlton). 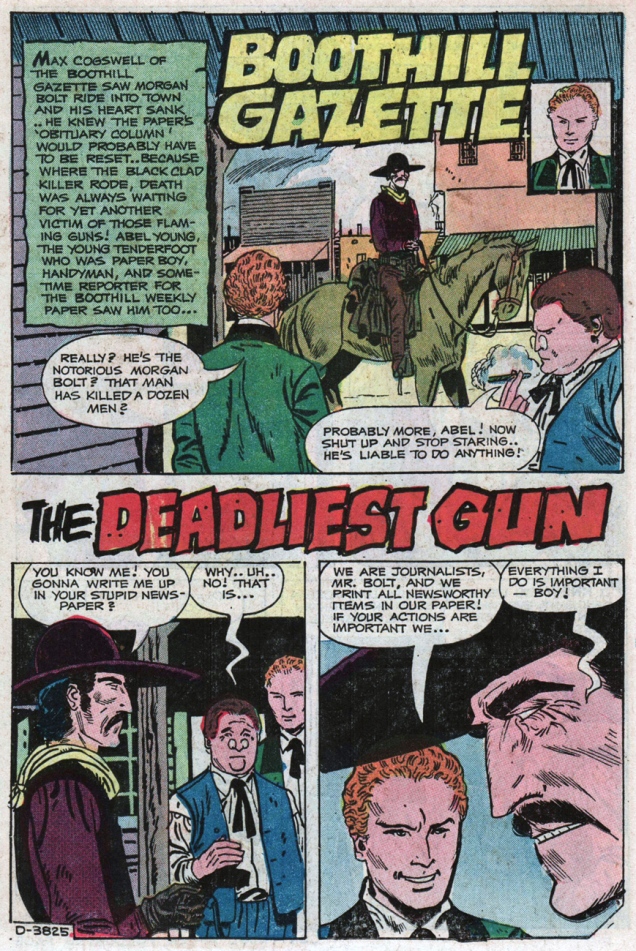 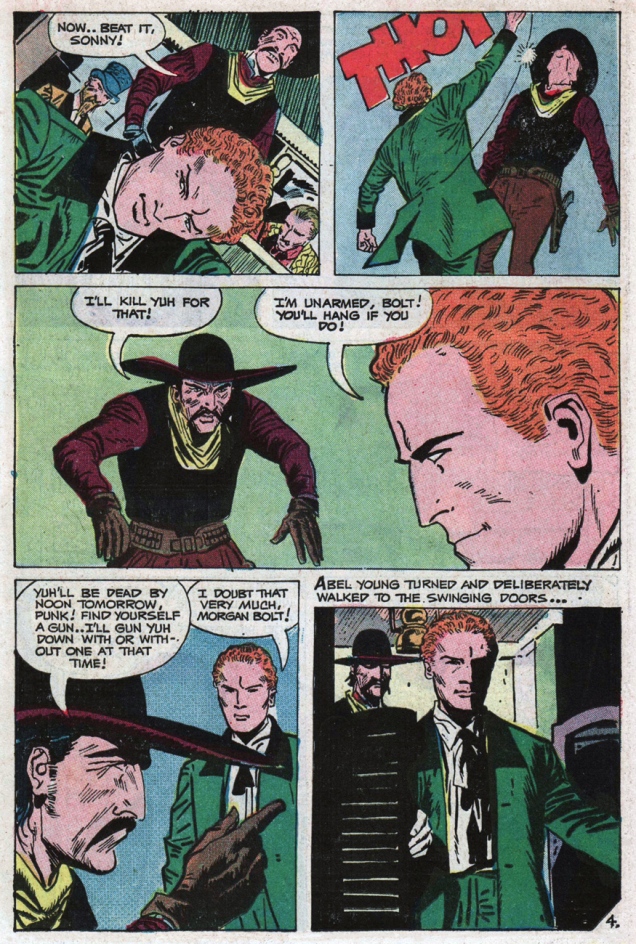 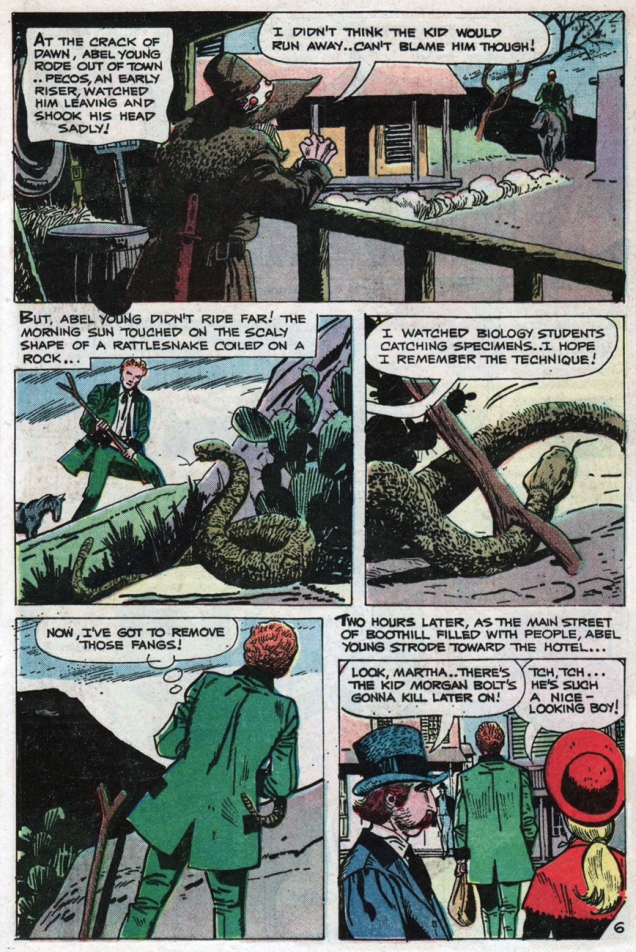 *so proclaimed the headline of a Boyette profile published in Creepy no. 33 (June 1970, Warren).