« And you always get your finger in the frame* »

I’m inordinately fond of Marvel’s brief flirtation with “picture frame” covers, which lasted but a year, opening with books cover-dated November 1971, at the tail end of Stan Lee’s run as editor-in-chief, and fading away less than a year later during Roy Thomas’ tenure. Figures.

This period coincided with one of John Severin’s passages at Marvel. At the time, the self-proclaimed « House of Ideas » was endeavouring to flood the market with crap, aiming to force DC to overextend itself to retain its market share, and, reportedly, to drive Gold Key out of business. So Marvel let loose a torrent of unannounced and unnecessary reprints, at most commissioning new covers to sell the bill of goods.

Tactically, it was a tawdry page out of the infamous Israel Waldman* book: in the late 1950s to mid-60s, the canny cheapjack publisher issued a line of comics (IW/Super) reprinting material he owned and often didn’t, in the case of some of the more nebulous copyrights (namely Quality’s The Spirit, Doll Man and Plastic Man)… accidentally on purpose. Anyhow, Waldman paid a few handpicked freelancers top dollar (to get his money’s worth… I did say he was canny) to create enticing new covers to adorn his shoddy reprint rags. And I do mean rags: the paper stock used was even worse than the low industry standard… just try to find any IW comic book in decent shape nowadays!

But getting back to 1971-72, here’s a chronological and alphabetical sampling of my favourite Severin turd-polishing covers from Marvel’s brief « picture frame » flirtation, out of the 35 or so he created solo at the time. Several of these are refreshingly uncluttered and moody… for Marvel. 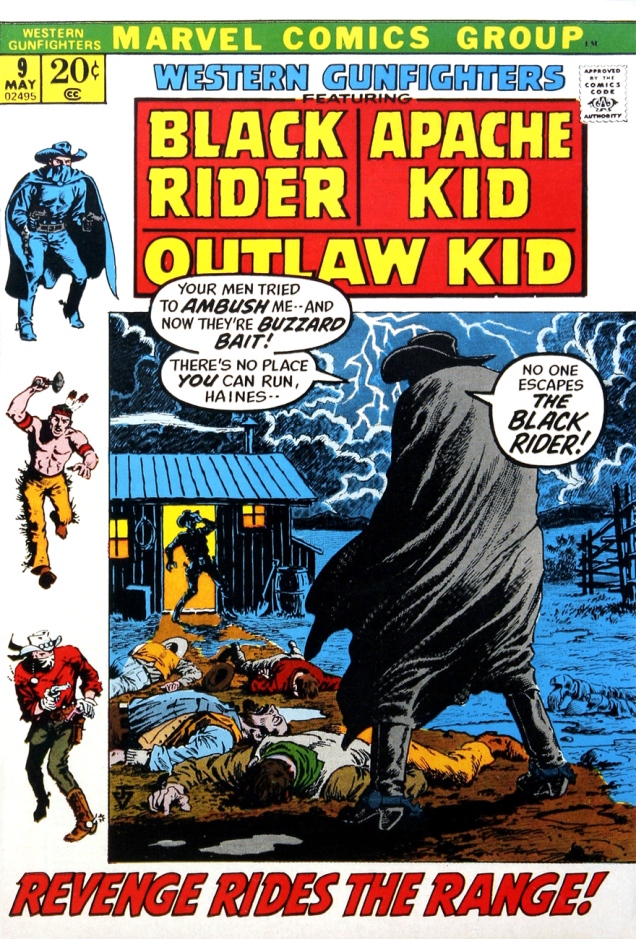