« Quake in the presence of the stack of bedside books as it grows taller! Gnash your teeth at the ever-moving deadline that the writer never meets! Quail before the critic’s incisive dissection of the manuscript! And most important, seethe with envy at the paragon of creative productivity! »

I hesitated a bit about writing this post, as it seems to me that everybody already knows (and likes) Scottish cartoonist Tom Gauld and therefore it’s a bit like launching into a review of a Beatles album (vaguely embarrassing, and completely unnecessary). I have also previously talked about him in Tentacle Tuesday Masters: Tom Gauld (and you can head over that way, if you want some biographical details of his life). That being said, his art is not nearly as ubiquitous as it deserves to be.

I happily received his latest book, Revenge of the Librarians* (2022, Drawn & Quarterly**), as a Christmas present, and I remain impressed by the scope of Gauld’s wit and his instantly recognisable style. He also has an impeccable sense of composition; each drawing is perfectly framed, often sneakily implying something happening almost out of sight, hinted at by a chunk of wall just at the edge of the panel, a partially seen open door, an alluring bit of tentacle. He’s funny but poignant. I can only imagine how many of his cartoons are pasted over the doors of professors in all fields and walks of research (it’s something people still do, right?) I can consume Gauld’s perfect little microcosms like semechki, but try to read only a few every day to prolong the enjoyment.

It was really difficult narrowing down today’s selection to ‘just’ 12 strips (I didn’t want to annoy my master-scanner co-admin RG too much). The following have been scanned from the aforementioned Revenge of the Librarians, as well as You’re All Just Jealous of My Jetpack (2013) and Department of Mind-Blowing Theories  (2020). Enjoy this sampling, whether you are already a Gauld convert or have never heard of him!

Want more? Head over to The Guardian.

* French edition La revanche des bibliothécaires (from Editions Alto and Editions 2024) has been chosen for the 2023 Selection officielle of the Angoulême comics festival.

** That makes it two worthwhile things that Drawn & Quarterly has published… or is the process of publishing, the other being Tove Jansson’s Moomin stories.

It’s lovely to enthusiastically anticipate new oeuvres from a present-day cartoonist, or to have the opportunity to praise his work knowing that, perhaps, some of this praise will eventually reach him. I spend much time reading books written and drawn by people long gone, so it’s truly a pleasure to endorse cartoons by a contemporary artist.

In this case, this post was prompted by getting my hands on Department of Mind-Blowing Theories, which came out in April 2020. It took me a few months to get my hands on it, yes, but get to it I did.

Tom Gauld, hailing from a Scottish county with the romantic name of Aberdeenshire, is a self-declared SF/F nerd with a scientific bent, the latter proclivity acquired thanks to his grandfather, who was a marine biologist. To quote Gault, « he was a quiet and thoughtful man and I think because of him, the whole family had a respect for science and scientists. He subscribed to New Scientist and would give them to my Dad after he’d read them, so there were always copies around our house as I was growing up. » The first time I encountered Gauld’s strips, I thought he was a scientist, so accurate were his depictions of the struggles of the scientific community. As it turns out, this is a somewhat new and recent direction for him – he’s only been contributing to the New Scientist since 2014. His more literary-minded work has been published by The Guardian since 2005, and he has also created some lovely covers for The New Yorker (eight, to be more precise).

All material (except the first image) in this post has been scanned from You’re All Just Jealous of My Jetpack (2013, Drawn & Quarterly), a collection of selected strips published in The Guardian, and the aforementioned Department of Mind-Blowing Theories (2020, Drawn & Quarterly), his fifth book with this Montreal publishing company.

« There sometimes seems to be an idea that in order to be a scientist you have to put aside your humanity and become an emotionless logic-machine. I think that’s wrong, but some people (even some scientists) seem to believe it. There’s a thread running through the book of cartoons that depict scientists being human: Being unsure, bickering, misunderstanding, and messing things up. It’s much more fun (and realistic, I think) to depict flawed, klutzy humans than idealised successes. » |source| 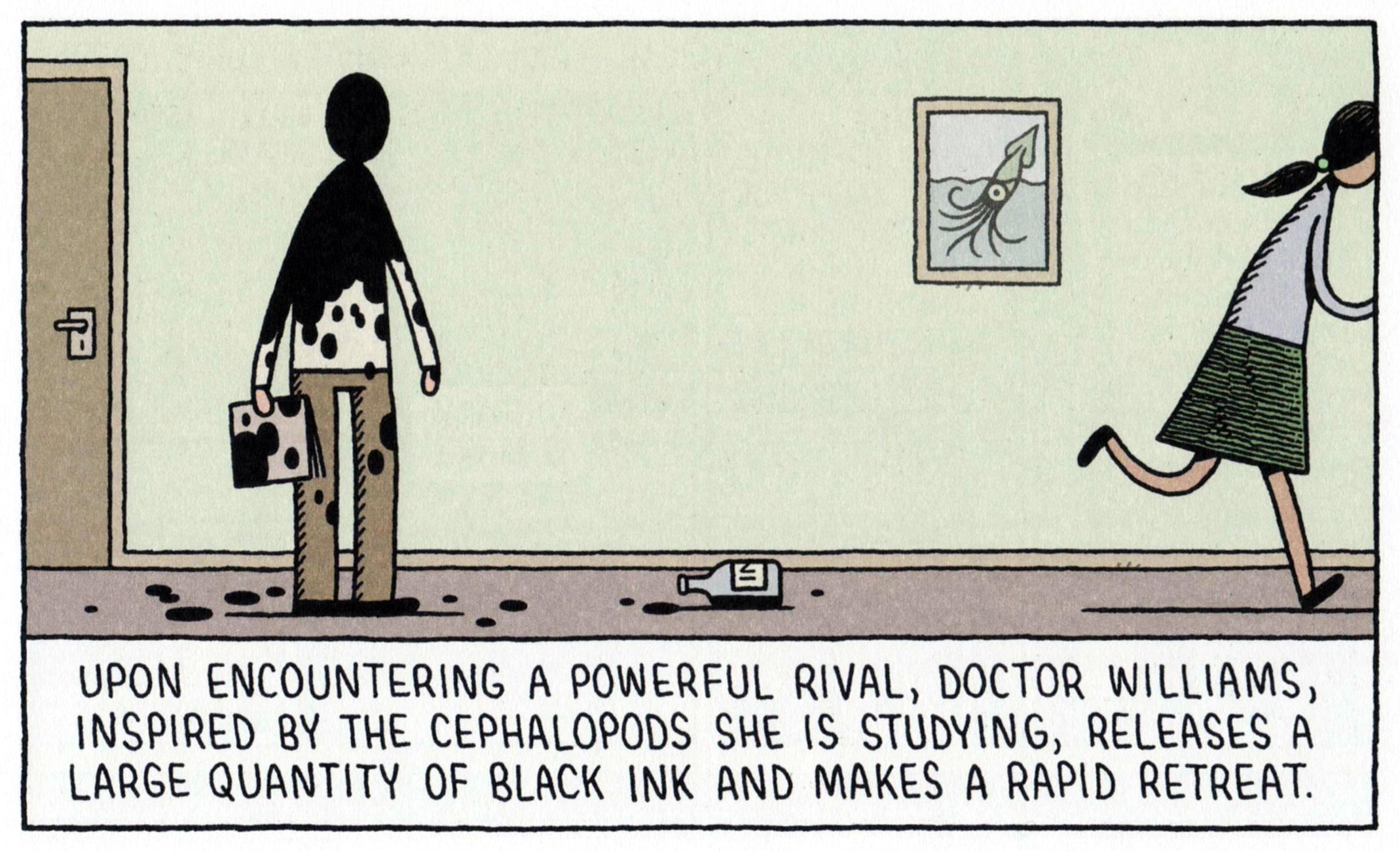 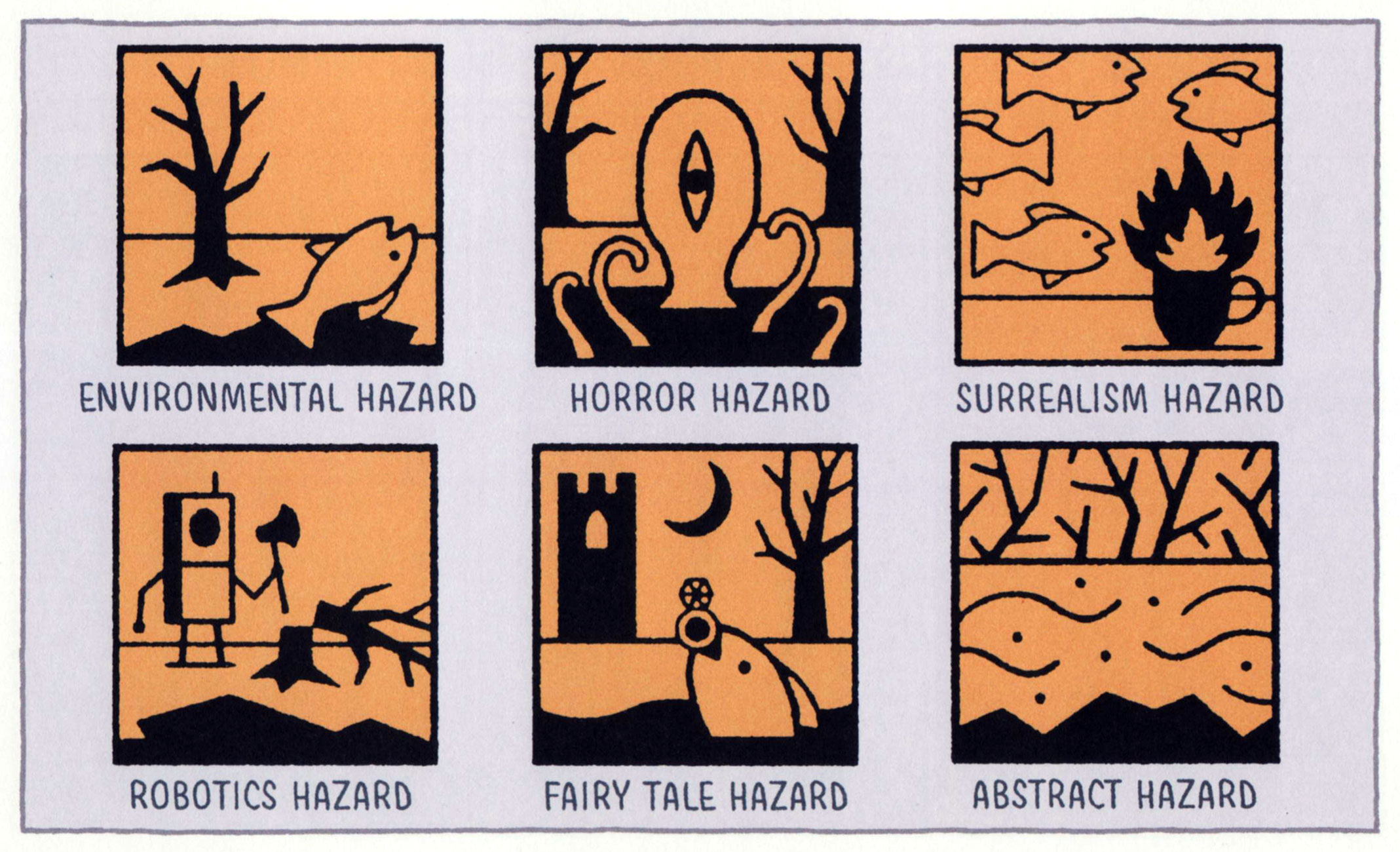 « I spent seven years at art school and tried all sorts of drawing styles, but when I got into drawing comics I found that a simple style worked best. I gave up trying to be “artistic” and just used the type of drawing I’d naturally revert to when I wasn’t thinking too much: the style I’d use for a silly cartoon to amuse a friend, or to draw a map or an idle telephone doodle. I’ve tried to improve as I’ve gone along, and I hope I’ll never be stuck with a fixed, unchanging style. I want the images to be simple and clear, but with a bit of human warmth, a bit of handmade wobble in the lines, to stop it seeming completely diagrammatic and cold. » |source| 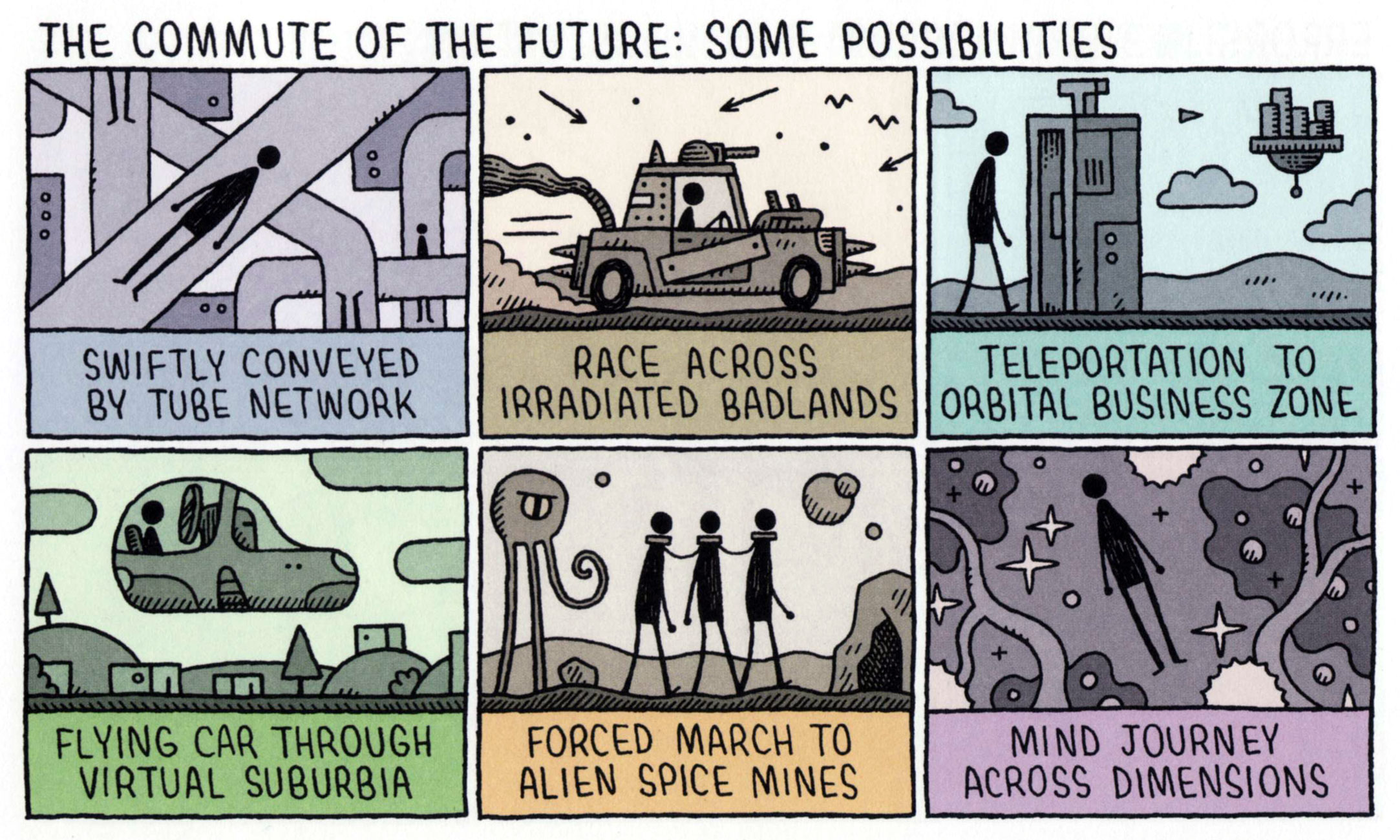 And (arguably), the best for last… 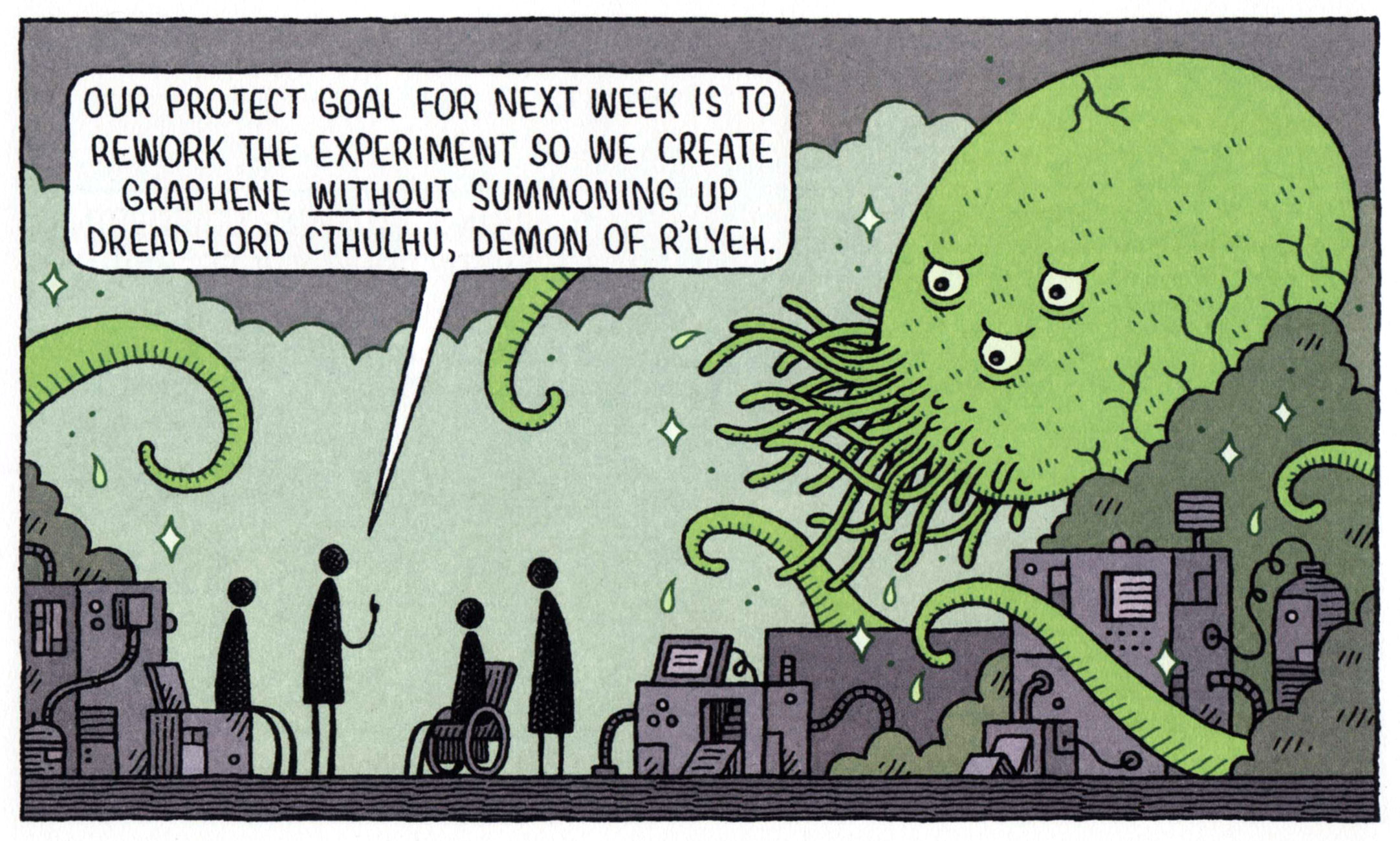