While he’s perhaps most fondly recalled for his music and his music-related cartooning, I hold in special regard a slender volume of his gentle celebration of the act and art of reading, Hoffnung’s Constant Readers, from which I offer you the following samples. 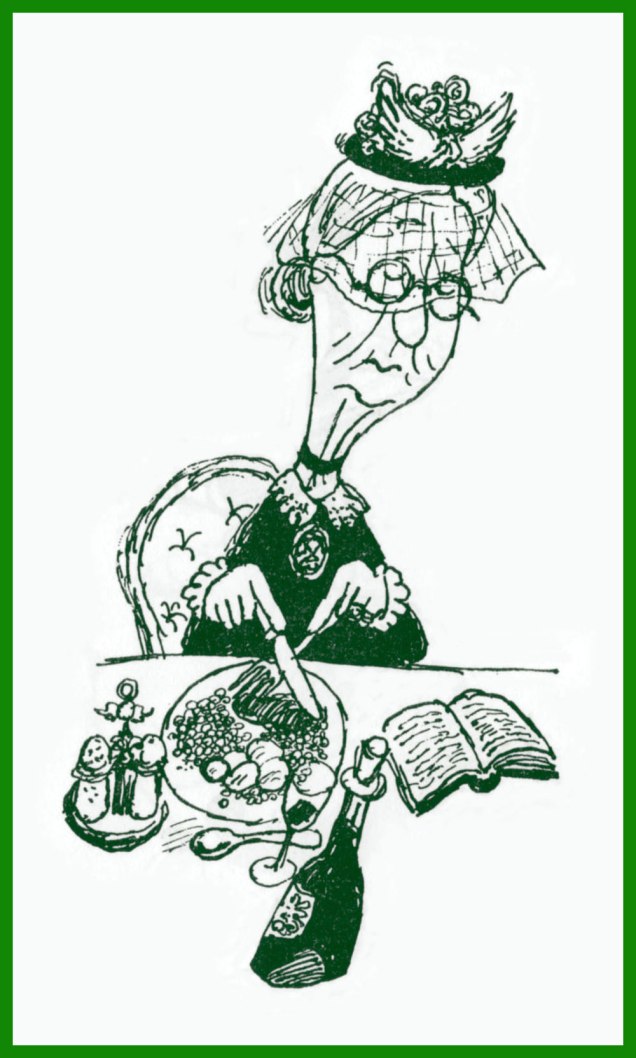 Born and raised in Berlin, teenage Gerard was sent to England in 1938 to flee the encroaching tide of Nazism. He was a lifelong (however brief the life) doodler, and most of his thousand-plus drawings (in a style bearing a touch of his noted compatriot Wilhelm Busch‘s influence) were carefully preserved. For such a short life and career, this irrepressible fellow left behind an outstanding discography and bibliography.

His devoted widow, Annetta Hoffnung, née Perceval (they wed in 1952), attended unflaggingly to his memory during the nearly sixty years that she outlived him by (she passed away in 2018); the website she created to celebrate and promote his work remains active, and there you’ll find a fuller biography. Thank you, madam.