« What I don’t like about office Christmas parties is looking for a job the next day. » — Phyllis Diller

Between the poles of Abner Dean’s more normal magazine work and his often quite abstract, therapy-inspired books, lies his neglected Come As You Are, his most accessible single-theme work.

In few words but with devastating visual lucidity, Dean turns a probing spotlight on party dynamics, laying bare the casual cruelty, manipulations and seductions, feints and blindsides, alliances and betrayals, thrusts and parries. The results are often hilarious… but laden with uneasy recognition; despite the distance of nearly three-quarters of a century, little appears to have changed in the fundamentals… which really should come as no surprise to anyone. 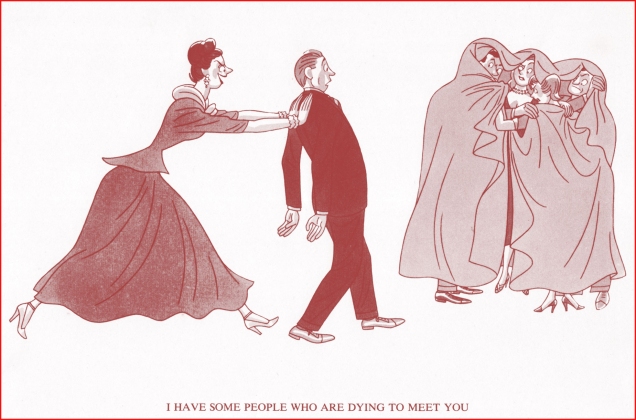 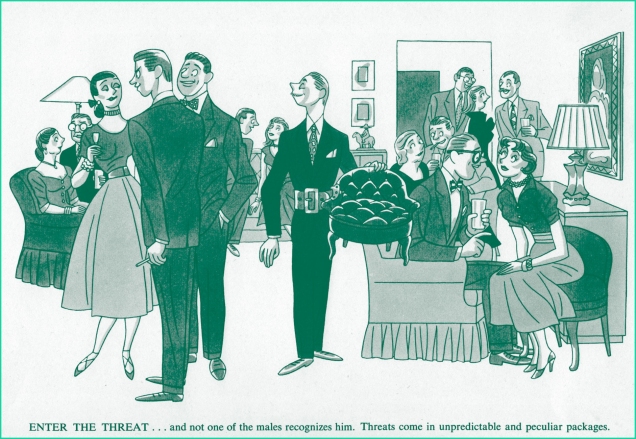 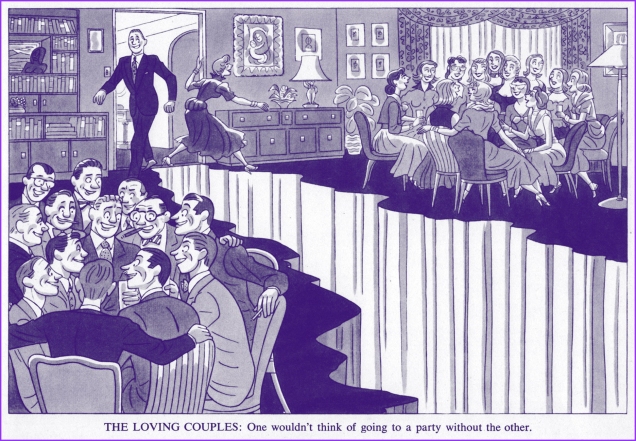 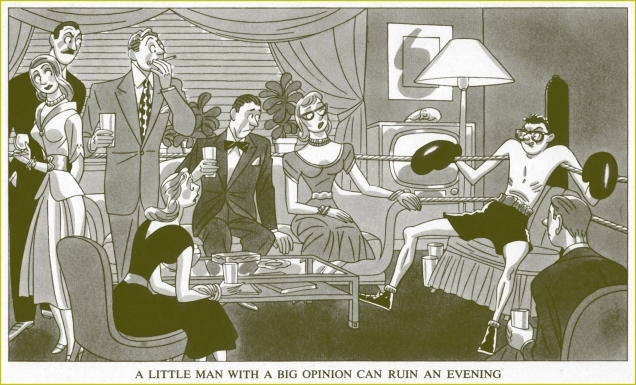 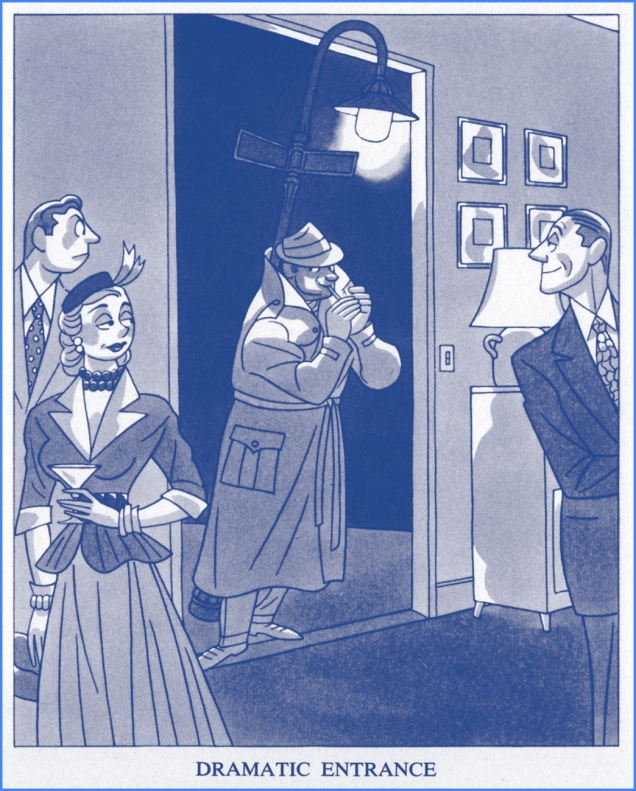 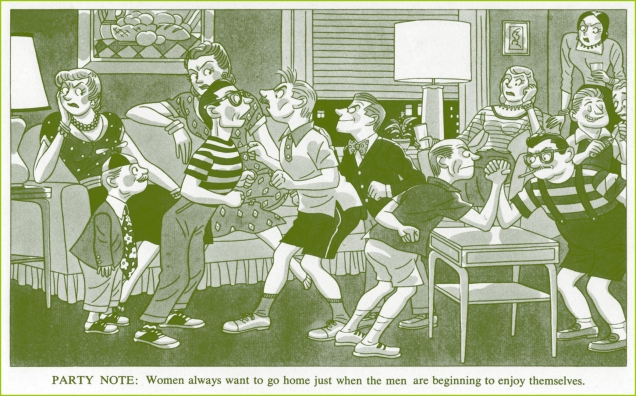 From the back end of the book: « This is Abner Dean’s fourth adventure with the cross-eyed muse in that area of unexpected turning and hilarious insights that is particularly his own.

The first, in 1945, was It’s a Long Way to Heaven. People began seeing themselves and their friends as Dean saw them. They were startled and fascinated by the view. With What Am I Doing Here? in 1947 they winced and laughed again. Psychiatrists started using certain of his drawings for discussion with their patients. People began playing games of identification with individual pictures.

In 1949 came And on the Eight Day to make more Dean converts. And now here’s a fourth book about people to smoke out any unbelievers who may be lurking in corners at parties.

For those who like their incidental intelligence in an unbalanced phrase — Abner Dean was born in 1910, attended the National Academy in 1927, was graduated from Dartmouth in 1931, and hasn’t been away from a drawing board for more than a few days since then. He is happily married and lives in New York. »

This is our third look at Mr. Dean’s œuvre. If you’re left longing for more, read on: