« Won’t you have a little rest when they turn out the lights
A nice cup of tea and you’ll be feeling alright
Don’t fret, you’ll recover yet you’ll see
So keep on sending dirty postcards back to me
Back to me, back to me » — James Warren/The Korgis (1980)

He painted the usual figures of fun in the noble tradition of British titillating humour: attractive young ladies, obese men, respectable drunks in the throes of a midlife crisis, cantankerous old ladies, religious personnel, courting couples (a lot of courting couples!), and so on. He painted well, he was prodigiously prolific… and he was not afraid of making jokes so off-colour they could possibly make a sailor blush. (I only have a vague idea of what sailors were like back then, you see.)

McGill ranked his own work according to its vulgarity, classifying it into “mild, medium and strong”. It goes without saying that the “strong” category sold in far greater numbers! Unfortunately (but not surprisingly), McGill’s postcards got him into trouble with upholders of the Moral Good (spoilsports!), culminating with McGill being dragged into court in 1954, when he was almost 80, for breaking the Obscene Publications Act of 1857. The result of this hearing was a hefty fine for McGill, and disaster for the companies producing saucy postcards, with several smaller companies going bankrupt as sales plummeted, cards were destroyed and retailers cancelled orders.

McGill very much died in the saddle: he continued to work until his death in 1962 (and with cartoons for 1963 already prepared). He certainly recycled some jokes, but I think it’s safe to say that he was not about to run out of material. The “king of the saucy postcard” is estimated to have produced around 12 thousand (!) paintings during his career, resulting in the sale of around 200 million postcards… and no royalties for McGill, mind, just his earnings of three guineas per design.

These days, he’s credited with an astute power of social observation and impressive artistic skill. He’s worthy of that praise, but what touches me most is that McGill gave people who surely needed some cheer in their lives a reason to smile, giggle and perhaps even daydream. Hell, some of these postcards made *me* daydream.

Okay, enough theoretical discussion! On to the indecency. I’ve roughly sorted these out by degree of (increasing) “vulgarity”. I honestly didn’t think the jokes would go beyond the “not indecent, but suggestive as hell” category, as per a definition my college best friend coined for something else altogether, yet some of them make surprisingly direct references. Isn’t it lovely to know that our great-grandmothers had their minds in the gutter, too? 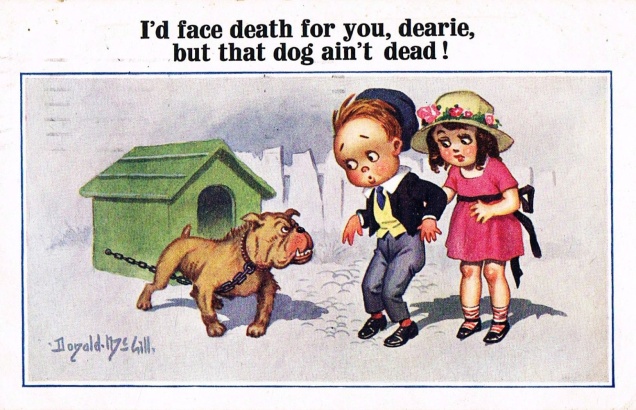 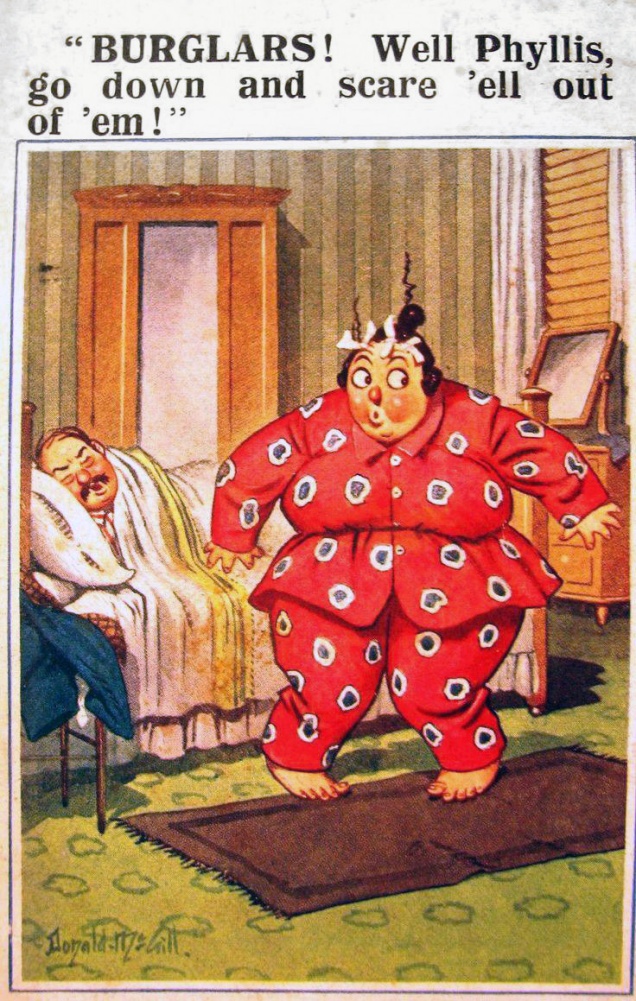 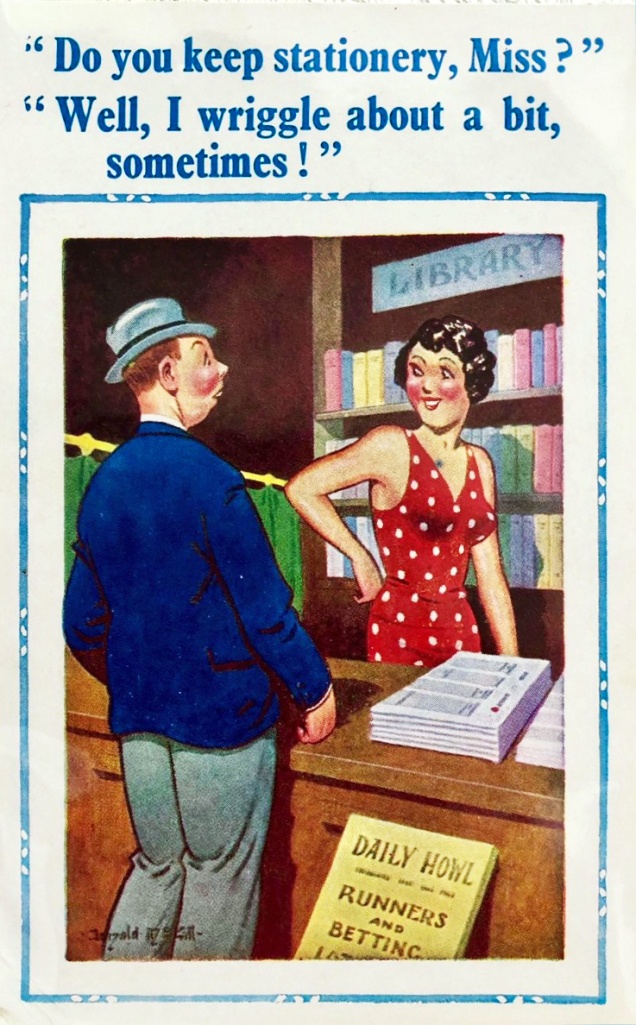 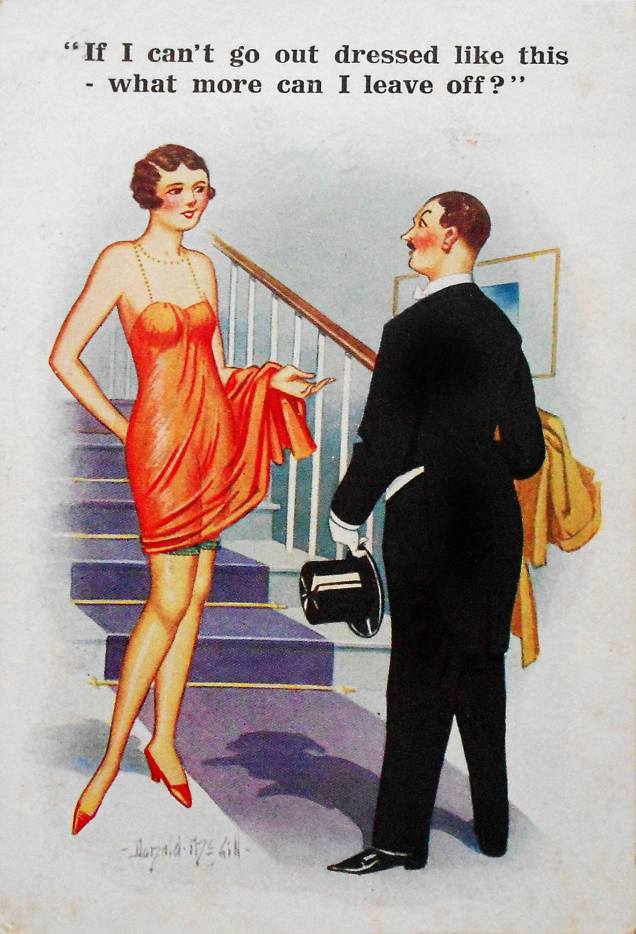 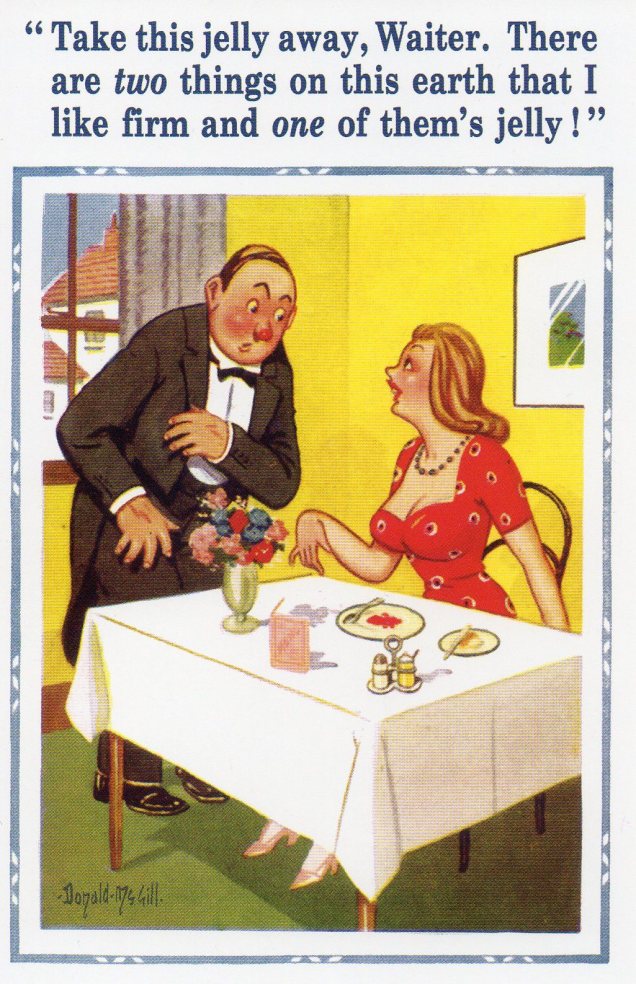 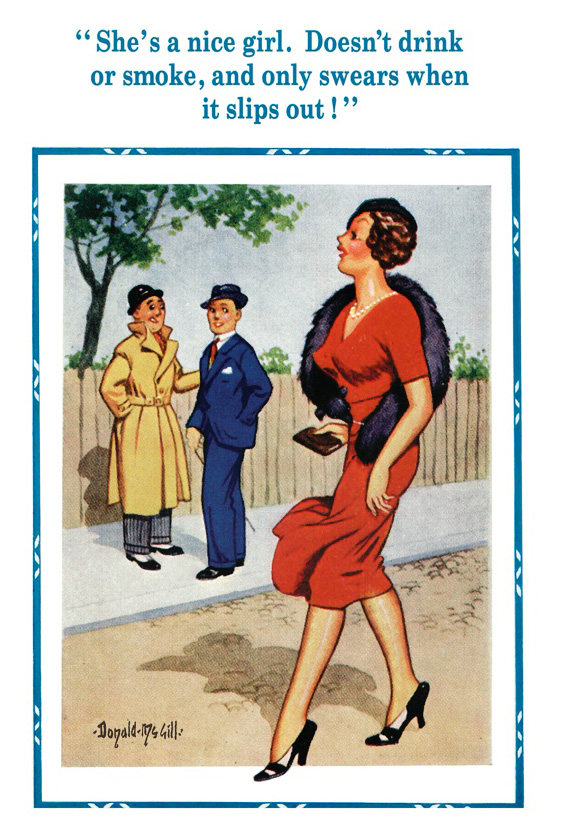 You can also take a gander at some sketches, which were unearthed in someone’s attic in 2015. As the article explains, « drawings feature fat old ladies, big busted women and lusty men. » While you’re at it, brush up on your Brit slang for the bedroom (entirely unnecessary for the current post, but fun!)