« …the finest line ever to be bequeathed to a cartoonist. It dances; it snaps gracefully back and forth. » (Coulton Waugh in “The Comics”, 1947)

That description was written à propos of Don Flowers (1908 – 1968) and his art. Some of you may remember seeing Glamor Girls in your favourite gazette – at the height of its popularity, this syndicated strip ran in about three hundred newspapers. This story goes thus: Flowers, working for AP Newsfeatures, created a few strips, namely Oh, Diana!, Puffy the Pig, and Modest Maidens. The first two achieved very modest success, but the third one was a huge hit, so much so that newspaper magnate William Randolph Hearst (displaying his usual impeccable taste in comics) offered Flowers double salary if he came to work for Hearst’s King Features. Since AP owned the rights to Modest Maidens, the strip was renamed into Glamor Girls. Flowers drew Glamor Girls, both dailies and Sundays, until his death by emphysema in 1968.

His art is quite lovely – but I don’t expect you to take my word for it. Here are some examples. (All strips below have been published by King Features syndicate between 1958 and 1963.)

« That Flowers is not better known is both a pity and a surprise, especially given his technical expertise and the recent renaissance in the popularity of the pin-up genre. Whether blondes or brunettes, showgirls or housewives, Flowers rendered them flawlessly and elegantly, and always with equal aplomb. » (Alex Chun in Glamor Girls of Don Flowers, Fantagraphics, 2006). 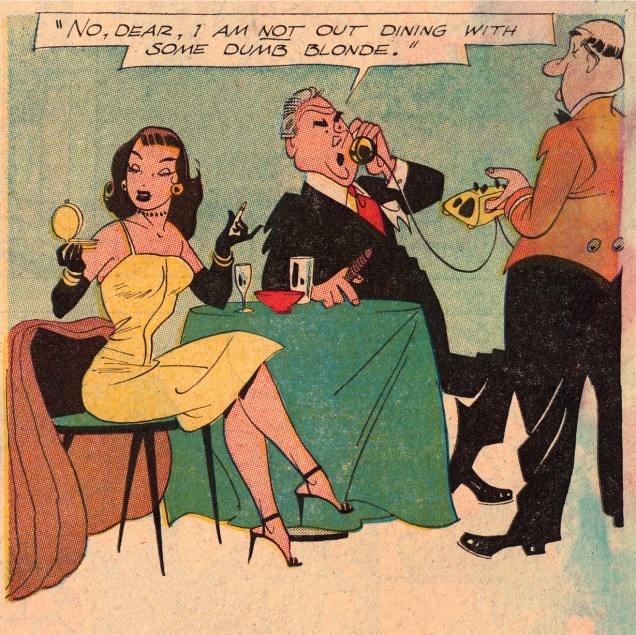 «…There are things that never change, especially the early foundations. For better or worse they become part of your style. And as I continue to draw, every time I look at a page I think to myself, that nose is an Oski nose, that body is a VIP body, and every time I draw a beautiful woman, I think – no, I wish – she is as beautiful as a woman drawn by Don Flowers. » (Sergio Aragonés in his introduction to Glamor Girls of Don Flowers, Fantagraphics, 2006) 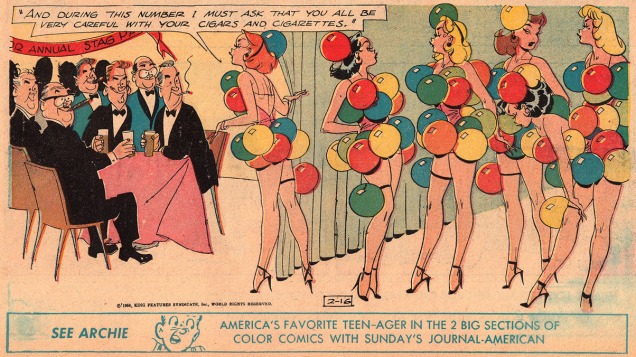 Flowers’ art looks as good, if not better, in old-fashioned black-and-white, which is often the case with artists who have a fluid inking line. The original art for some Glamor Girls strips allows us to admire details: 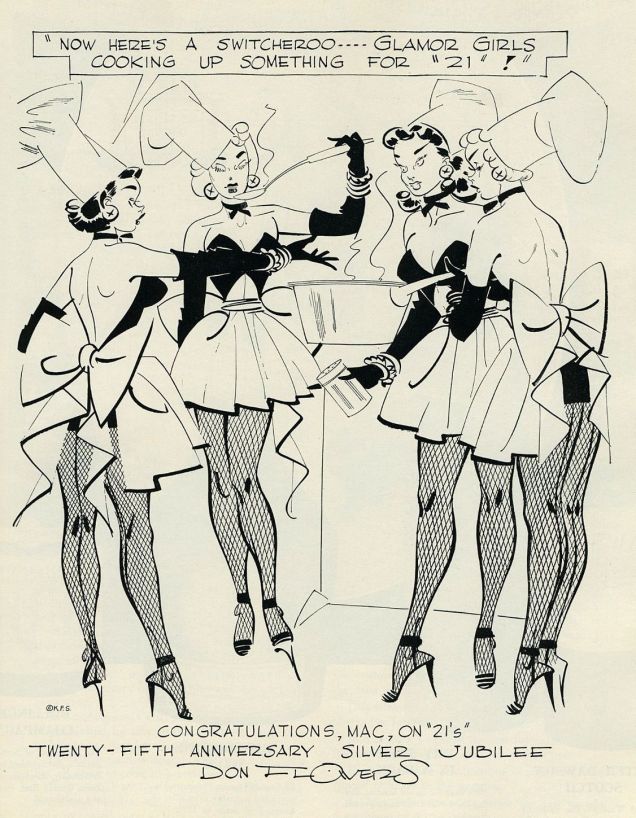 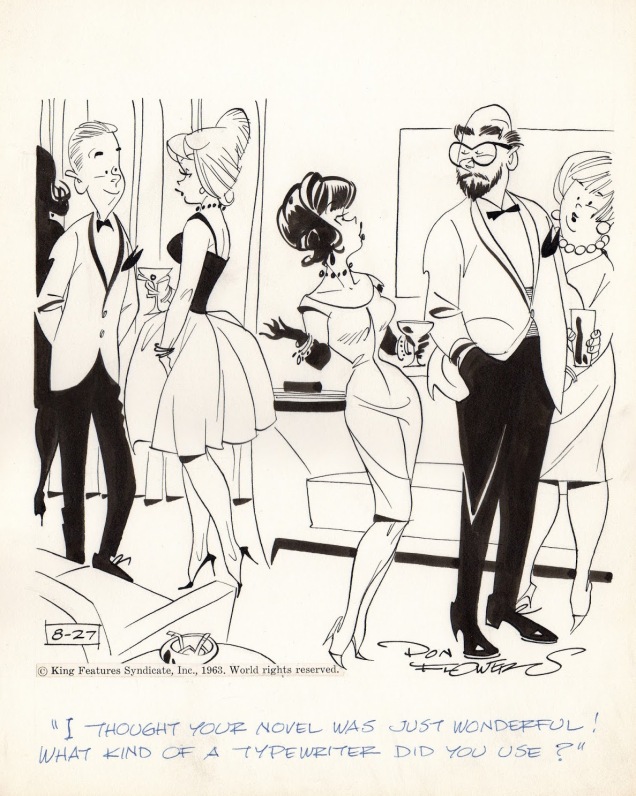 After his death, Flowers’ son self-published Standing on Ceremony, a collection of marriage-themed cartoons plucked from his vast collection of his father’s original art. You can see some of them here.