« That’s funny… I didn’t leave the lantern lit… wonder if anybody’s in there? »

In 1972, Golden Age journeyman cartoonist Stanley Josephs Aschmeier (1912-1992) wrapped up his career in comics with a single tale for Charlton, a publisher he’d briefly worked for two decades prior*, pre-Code. Yet earlier, at DC, he’d had a hand in creating Johnny Thunder and Thunderbolt (1939) and Dr. Mid-Nite (1941), the original sight-impaired costumed hero.

While Aschmeier’s already-manic drawing style hadn’t changed much in the intervening years, the industry certainly had, which made him a man well out of time. Still, as with his peer, sudoriparous Rudy Palais‘ final work for Charlton, the nervous energy and artistic freedom yielded something unusual and charming. While this sort of semi-primitive outsider approach decidedly isn’t for everyone, it’s a breath of fresh air. I found it unsettling and baffling when I first encountered it all those years ago, and it hasn’t lost its jolt, unlike many fan favourites I could name. 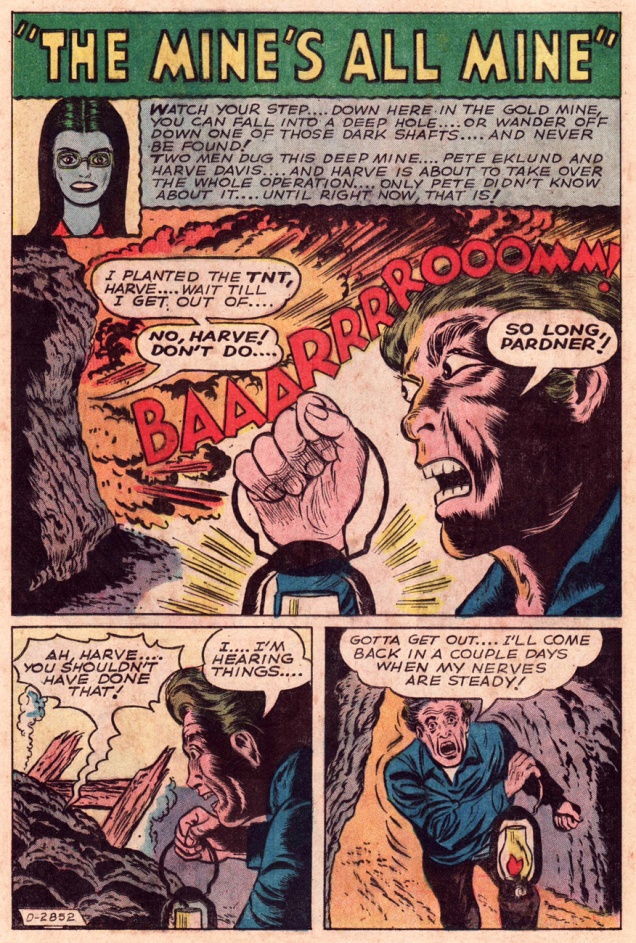 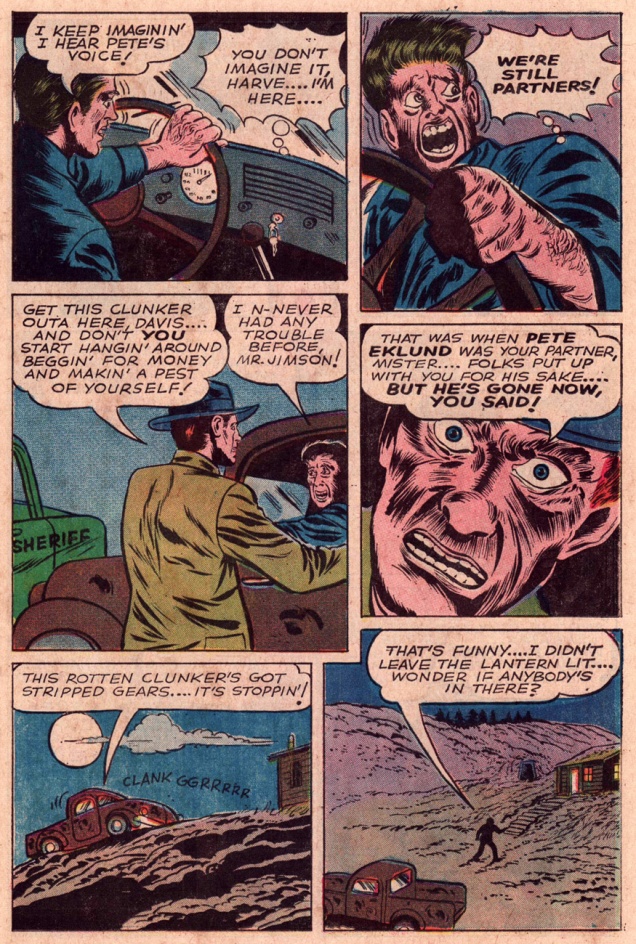 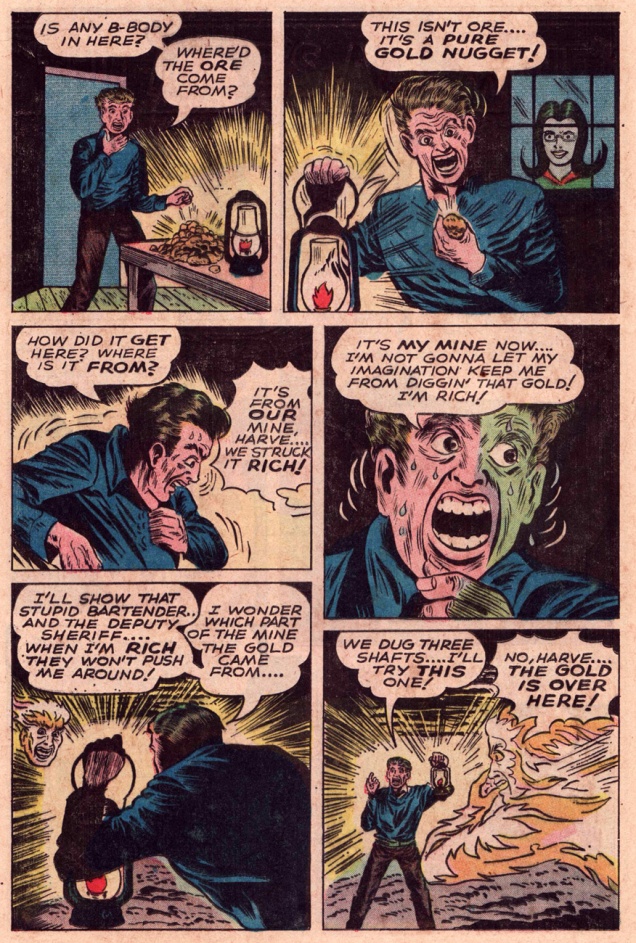 As for the story, it’s the soul of the thing: to my mind, what made writer Joe Gill’s work special was his common-sense response to the meagre number of available plots: when the mood struck him, he focused on ambiance, tone and character, as he does here.

I love that our protagonist, Harve Davis, is so shiftless, so insignificant, that the reader can’t even be bothered to hate him: throughout the story, we witness his well-earned unpopularity, and what a shabby and piteous creature he is. He murdered the only man who gave him the time of day, and he was too dense and self-absorbed to be anything but resentful of it. I do feel that the tale’s very construction supports this view: it opens on the commission of his crime, and the aftermath is a fateful tumble of dominos.

*For stylistic comparison, take a gander at a 1944 Mr. Terrific tale by Mr. Aschmeier, and some of his crime comics work from Lawbreakers Suspense Stories no. 14 (Sept. 1953, Charlton), featuring three Aschmeier-illustrated pieces, Flight!, The Green Light and The Face in the Glass. Enjoy!