« At last I will feast upon fried blob! »

If you’ll just bear with me, we’ll take a peek at a bit of an obscurity, one that’s struck a resonant chord in me. It’s called Bob Blob, and I first encountered it in the June, 1978 issue of Marvel’s Dynamite Magazine knockoff, Pizzazz (1977-79). “The Great American Comic Strip Catastrophe” had been part of the magazine’s lineup since its inaugural issue, but had pretty thoroughly failed to live up to the promise of its title. With issue 9, the magazine’s “First National Edition“, Jon Buller‘s Bob Blob oozed into view and relieved readers from the pedestrian ‘funny animal’ antics just taking up space and failing to bring about the announced, and hoped-for, comic strip catastrophe.

For its final four issues, Pizzazz adopted as its motto “Humor in the Marvel Manner“. If you ask me, that’s what dragged the magazine down: Dr. Doom knock-knock jokes? Er, no thanks. It’s when the humour veered away from said ‘Marvel Manner’ that Pizzazz acquired some actual pizzazz. Bob Blob was at once hi-concept and lowbrow, and one gets the sense that Jon Buller could have spun endless, increasingly surreal variations on his theme, but the magazine lasted but a scant sixteen issues, and ran only eight Bob strips.

Here they are, in order of publication and everything! 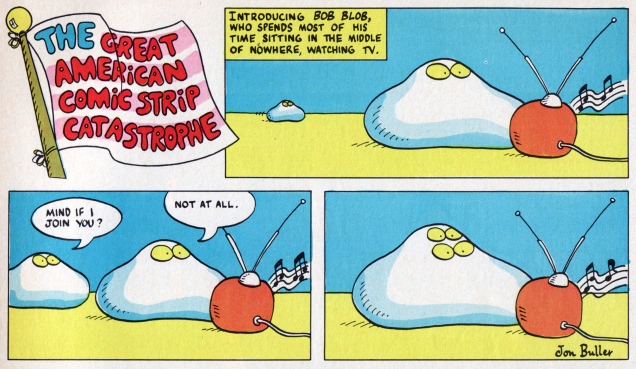 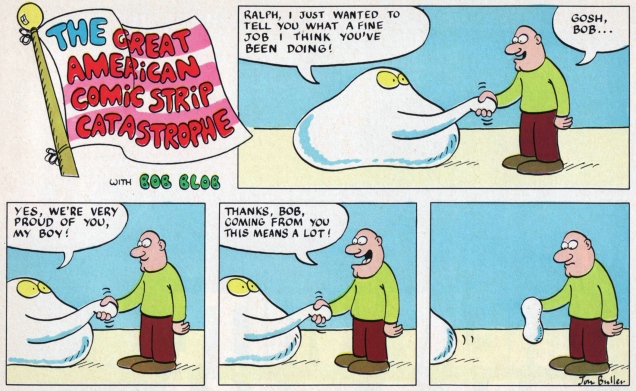 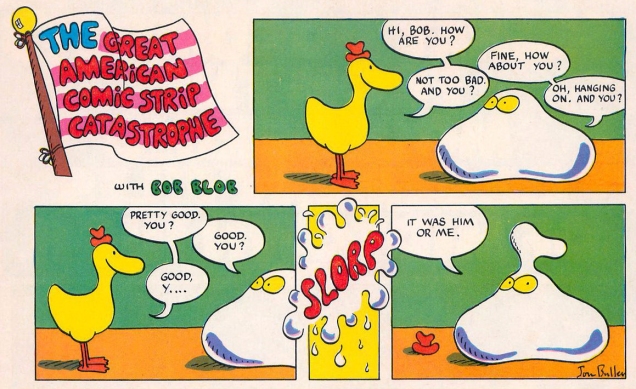 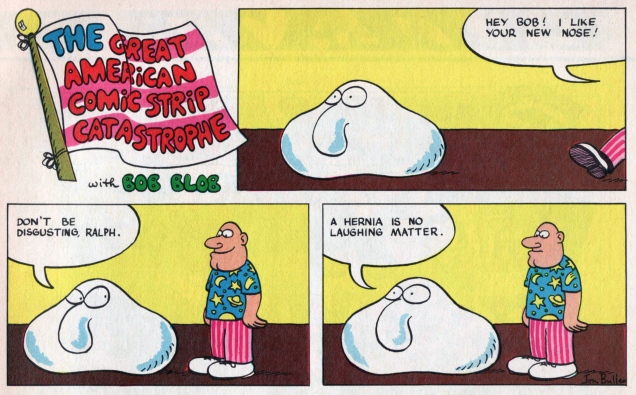 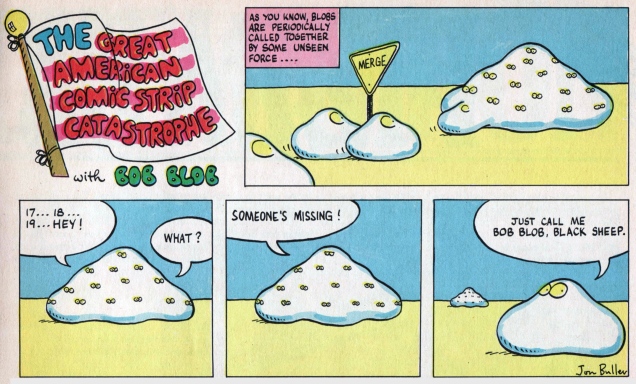 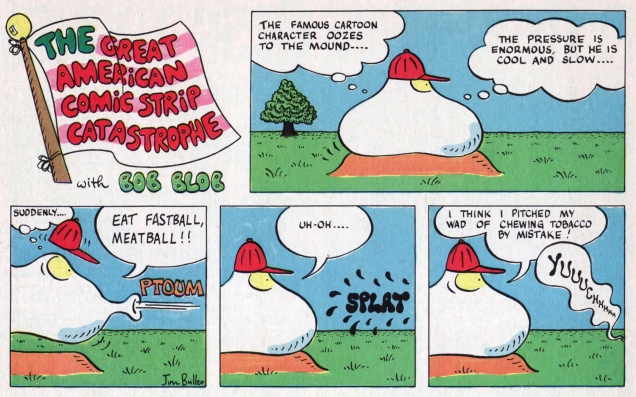 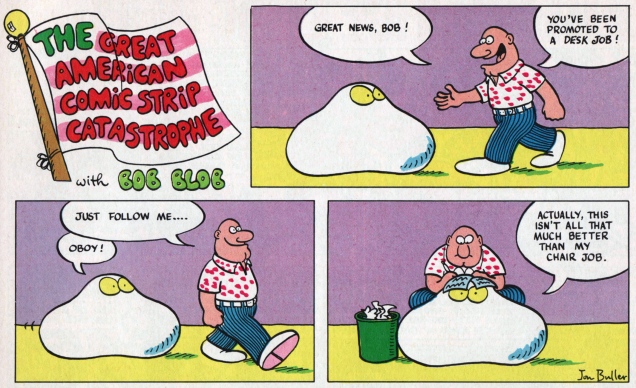 According to Jon Buller, Bob was born… well, let him tell the story:

Buller went on to illustrate countless books (sixty at last count!) written by his equally talented wife, Susan Schade. To name but a few: Riff Raff Sails the High Cheese, Anne of Green Bagels, Dracula Marries Frankenstein, No Tooth, No Quarter!, Baseball Camp on the Planet of the Eyeballs, Ron Rooney and the Million Dollar Comic…

2 thoughts on “The Great American Comic Strip Catastrophe of ’78”