A cartoon appears in the Washington Post, prompting the Teddy Bear Craze, after President Teddy Roosevelt refused to kill a captive bear tied up for him to shoot during a hunting trip to Mississippi.

Boy, American presidents sure were different back in those days.

Which brings us to Teddy Bears (as they became known henceforth) returning the favour of protecting the vulnerable and innocent.

The earliest instance that comes to mind is Johnny Craig and “Ghastly” Graham Ingels’ holiday charmer, Shoe-Button Eyes!, which appeared in The Vault of Horror no. 35 (Feb.-Mar. 1954, EC), wherein a blind, put-upon little boy gets a new set of peepers… the hard way.

Post-Code, this sort of harsh poetic justice had to be handled very gingerly, if at all. The vengeful bear turned up again in Nicola Cuti and Jack Abel’s elegantly-told The Teddy Bear, in Haunted no. 15 (Nov. 1973, Charlton.)

A couple of years down the pike, “Grisly”* Tom Sutton took up the gauntlet with his «Terrible Teddy!», from Ghost Manor no. 23 (May 1975, Charlton). Here it is, presented in its glorious entirety (including Sutton’s gnarly painted cover). 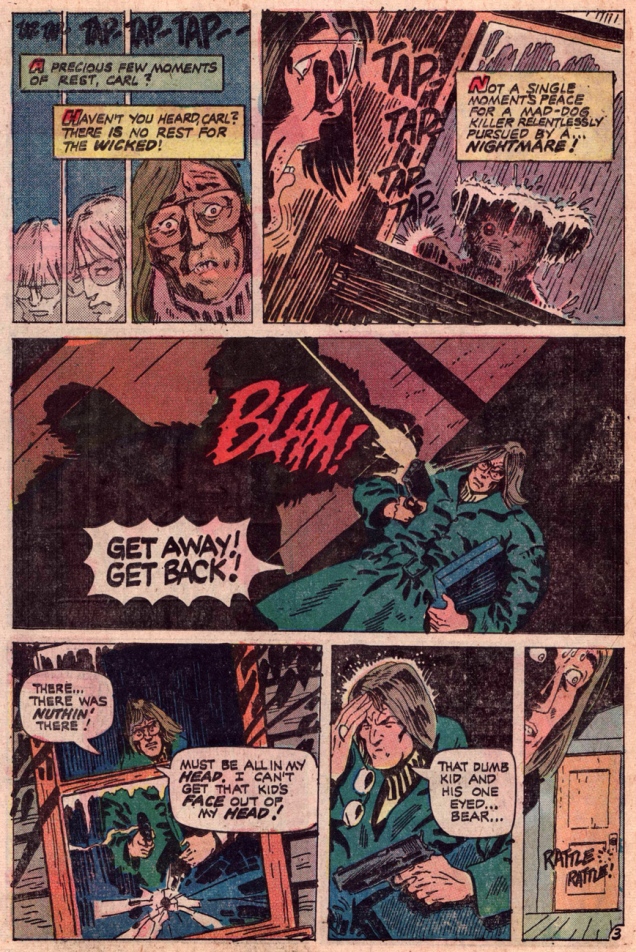 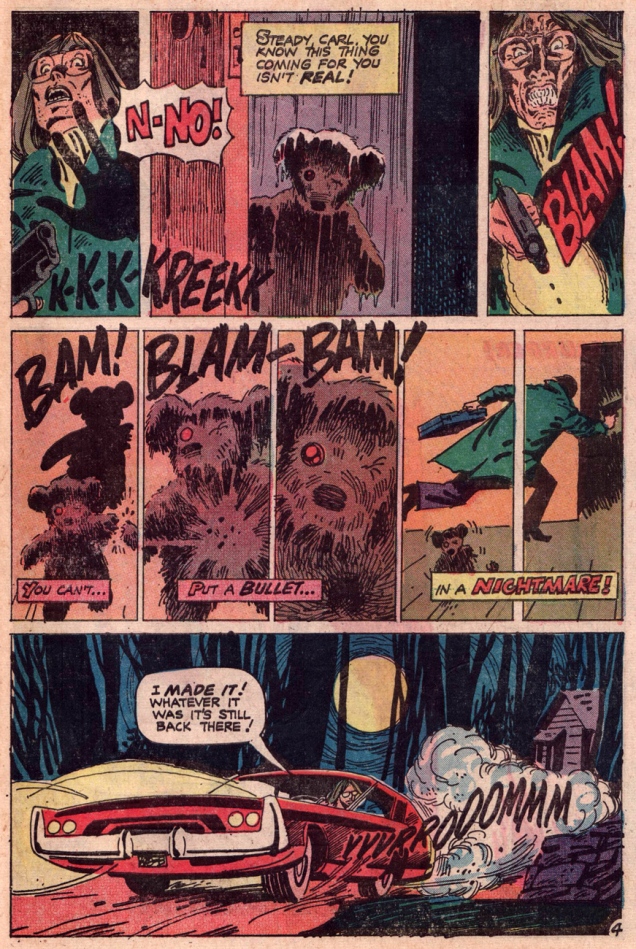 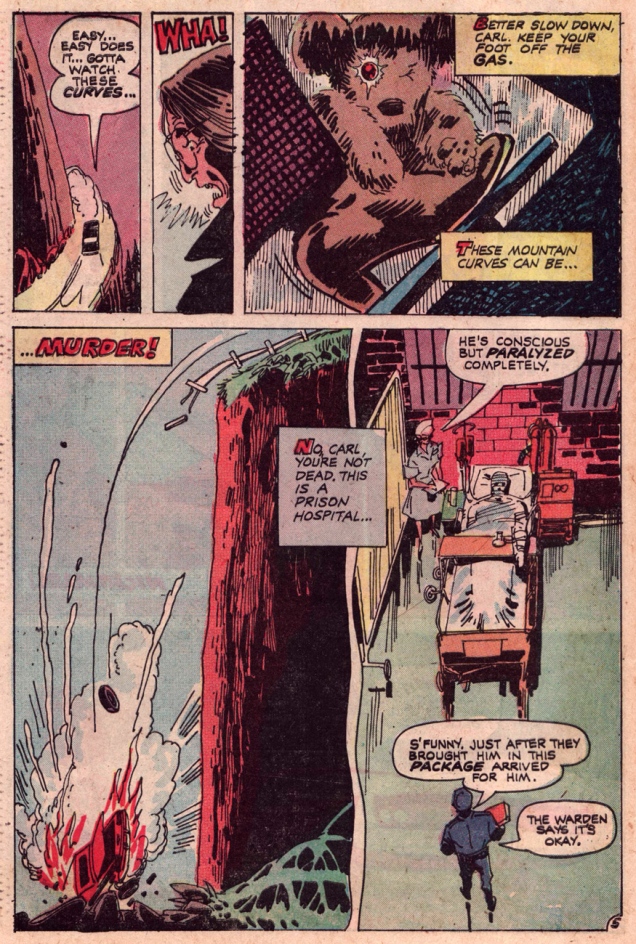